Carnivorous plants make very cool statement pieces in a home. Stunning and striking in appearance, they use a variety of different means and mechanisms to attract bugs of all kinds and trap them for digestion. This often involves the use of bright colors, sweet nectar, and sophisticated trapping mechanisms.

But these plants can seem a little intimidating to those who don’t have a lot of experience with plant care in general. Can beginners own and successfully care for plants like this? The answer is yes!

The best carnivorous plants for beginners are ones such as the Australian pitcher plant (Cephalotus follicularis) that have low maintenance needs, and are robust in terms of the amount of sunlight, moisture, soil, and humidity the receive. The easiest plants to care for will ultimately depend on your home environment and climate.

Carnivorous plants are unique, bridging the gap between plant ownership and pet ownership by requiring a little more caregiving than the average plant. In this article, we’ll look over some good beginner carnivorous plants, how they work, and what makes them beginner-friendly. Species and genera we’ll cover include:

Here are our picks for the best carnivorous plants that you can try caring for as a beginner in the plant-owning world!

It’s hard to talk about great beginner carnivorous plants without discussing the iconic Venus flytrap, or the Dionaea muscipula. Native to North America, these plants catch prey with their leaves, with are covered in trigger hairs. When prey land on the leaves and triggers a hair, the trap will be alerted and will snap shut quickly, sometimes within a tenth of a second, upon a second trigger.

Modern Venus flytraps come in quite a few cultivar varieties, but they mostly require similar forms of care and are easy enough to look after. It’s common to feed them flies, ants, beetles, and spiders, though some other insects and creepy-crawlies can be used depending on availability. Bloodworms and fish food are also common offerings, fed with tweezers.

Venus flytraps do best in full, direct sun exposure or filtered sunlight, with perlite peat soil and sufficient moisture without puddles or pools. Wet and humid environments are preferred for the continual development of new trap leaves, especially in the summer.

Venus flytraps usually enter dormancy during the winter, hibernating as they reach 10º Celsius, with a minimum temperature of -2º. If you live in an area with higher temperatures, you’ll likely need to remove the plant from its substrate, seal it up in a bag, and store it in the fridge until it’s time to wake it up again.

Among carnivorous plant genera, sundews are one of the biggest. They can be found virtually everywhere in the world except for Antarctica. The genus contains 194 species. Despite the many individual plant types, most Drosera plants available for purchase make for great beginner carnivorous flora.

Sundews are low-maintenance, using sweet nectar to attract insects and very sticky substances on hairy stems to capture and trap attracted prey. They tend to enjoy trapping mosquitoes and usually only need to be artificially fed once every two or three weeks, and only if they’re not catching enough food on their own.

Most sundew plants prefer indirect light in semi-shaded areas. Some are more challenging to care for than others, but subtropical varieties are great choices, capable of withstanding light frost with ease. Many species in the genus grow with vine-like structures, so they do need a little bit of space. Warm temperatures, good humidity, and good substrates are needed for good growth.

One of the most popular and easiest Sundew varieties to care for is the Cape sundew or the Drosera capensis. This stunning plant is great at catching flies, produces tons of seeds, and boasts octopus-like tentacles that catch and suffocate prey. They don’t experience dormancy and live well on sunny windowsills, with mineral-free water beneath it for year-round moisture in the soil.

Butterworts, also known as Pinguicula, are plants within a genus of Lentibulariaceae flowering plants. 80 or so species are a part of this genus, and they’re mostly all easy to care for.

These beautiful florae make use of glandular leaves with sticky resin surfaces to catch gnats and other bugs. Thirsty bugs are attracted to the wet substance that these plants secrete. Their use of insects as a dietary supplement is due to the lack of minerals they can obtain in a herbivorous way through the environment.

It’s not hard to find Butterworts, as they’re sold in many locations and are a popular option for carnivorous plant lovers. They need a lot of sunlight, alternating between partial light and direct full sunlight depending on the season and environment. It prefers warm temperatures, with a 75º to 100º Fahrenheit preference in the summer that drops to 45º to 75º in winter.

Pinguicula plants like steady, reliable water supplies, though they don’t enjoy overly wet conditions. They like a mix of moss and sand in their soil for better drainage, which is very important for this genus.

Butterworts can be quite delicate, but that winds up creating less maintenance work. For example, Butterworts should never be fertilized, as this can kill them, which means one less step is required in their care.

Bladderworts are a carnivorous plant genus called Utricularia, consisting of between 215 and 233 species. These plants are known for being extremely unique, with highly specialized and very sophisticated structures that are truly one of a kind. This makes them coveted plants to own, and somehow, they manage to stay relatively easy to care for!

Present across all locations on Earth except Antarctica, the Bladderwort is named after its use of traps, which are shaped like bladders. Aquatic species have larger bladders while terrestrial ones have smaller ones. Regardless of size, the sophisticated traps register prey presence with trigger hairs, then use negative pressure to mechanically close the trapdoor while sucking in its prey.

Relatively small and compact, Bladderworts are a great addition to any home. Aquatic varieties are preferred for beginners, as they can be placed in aquariums and don’t need frequent water changes. They prefer to spend four hours in bright sunlight, four hours in indirect or filtered bright light, and mineral-free water.

The Australian Pitcher Plant is undoubtedly one of the easiest carnivorous plants for first-time plant owners. It’s also called the fly-catcher and uses pit-fall traps to capture prey, which it lures in with nectar that is held in red rings on the doors of each pitcher. Interestingly, the Cephalotus follicularis is the only species in its entire genus of Cephalotus.

Australian Pitcher Plants like partial sun exposure and nice, warm temperatures of about 25º Celcius, and humidities of between 60% and 80%. Direct sunlight yields colorful plants while indirect light keeps the plant green, so it’s largely up to you which aesthetic you prefer.

Some owners of the Cephalotus follicularis opt to keep their plant in an aquarium alongside other similar carnivorous plants. This provides heat and humidity that is beneficial to the flora’s growth. Regardless, moist conditions are important for these plants, though it’s best not to allow for standing water. If you’re using soil, it prefers two parts sand or perlite and one part peat moss.

Carnivorous plants aren’t always the easiest plants to take care of, especially for beginners. But options like the Venus Flytrap and Australian Pitcher Plant offer a great chance to try your hand at caring for pest-eating flora. Plants from the Sundew, Butterwort, and Bladderwort genera are also great choices!

Good plants for beginners often don’t require a lot of maintenance, with simple moisture, lighting, and temperature requirements that don’t need too much micro-managing. It’s a good idea to read up thoroughly on the plants you’re interested in as a beginner before buying them. Choosing the right plant for your skill level will allow you to gain valuable knowledge for more challenging flora later on! 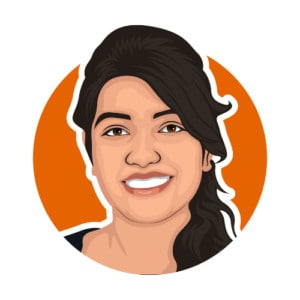 A common misconception is that air plants do not need to be watered as they absorb moisture from the air. This is simply a myth that we aim to dispell Do your succulent cuttings have trouble taking root? If so rooting powder can give you the results you need! But how do you use it?